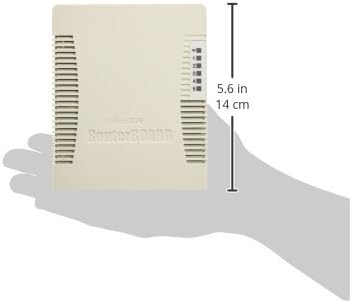 RB951G The RB951G is a drastic improvement from its predecessor. It’s more reliable and more efficient without paying more for the extras. Truly, it’s a great addition to your home or small office. Ports The access point has 5 fast Internet ports (Gigabit Ethernet) that makes sharing of media devices and hardware such as printer within the network a lot easier. You can also quickly build your small network as your home or small office-or business-grows. There’s also one USB 2.0 port, which you can use if you want to share content or need to transfer large files within the network. So you can properly keep track on the general status of your ports, as well as the entire access point, there are LED indicators found in the device. Coverage The RB951G operates in 2.4GHz frequency, which is considered standard. Moreover, it connects via 802.11 b/g/n protocols. The built-in antennas feature 2×2 MIMO technology with a maximum gain of 2.5dBi and 1,000mW. In other words, you can cover your entire home, and definitely you can get a steady wireless Internet signal if you decide to work outside such as in the garden or backyard. New Processor The access point has a more upgraded core processor known as Atheros AR9344. This one provides up to 600MHz of Internet speed, a far cry from the 400MHz of the previous model. The RAM has also been increased. Instead of 64MB, RB951G now has 128MB. To complement the fast processor, RB951G uses RouterOS L4 with up to 15 days of initial configuration support. Dimension RB951G has a dimension of 113 by 138 by 29mm with a bare weight of 232 grams. It’s definitely small and compact and thus doesn’t take up a lot of space. It also blends very well with the rest of the hardware in your home or small office.