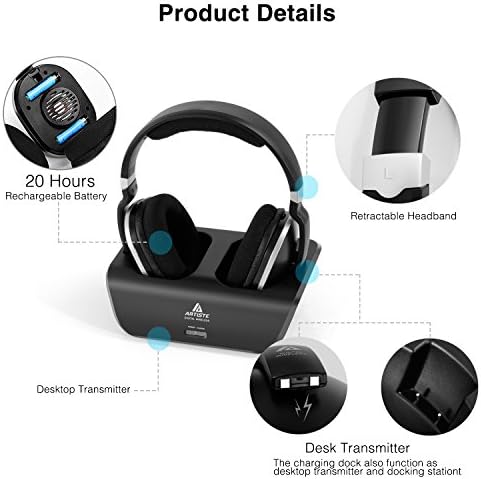 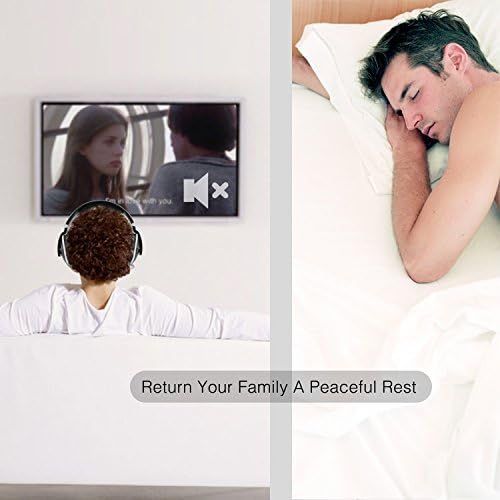 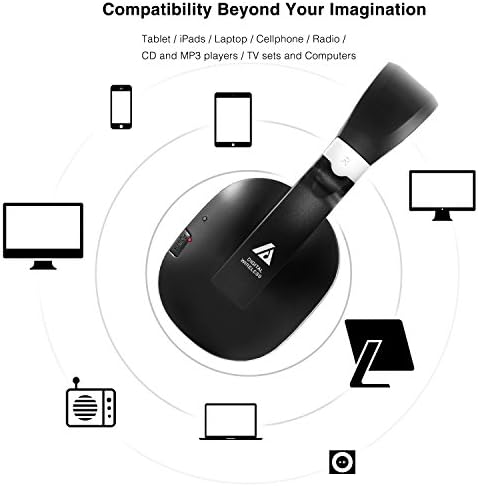 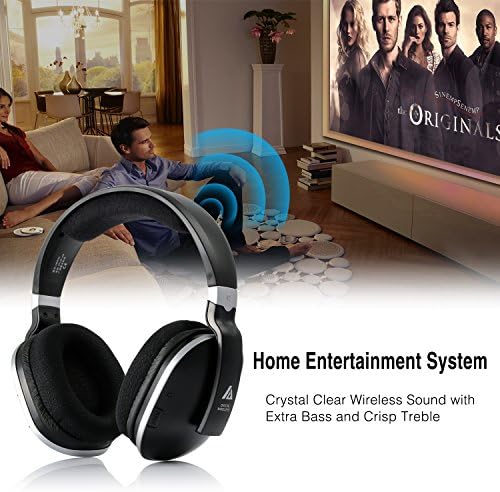 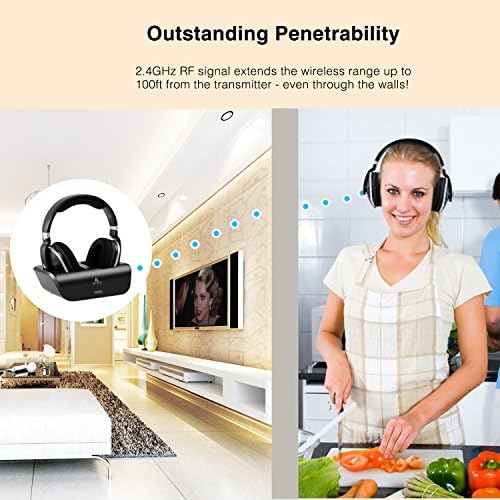 Can watch tv without blasting the volume, perfect for watching TV at a sound level much higher than those in the room who can hear fine at a much lower, normal volume. Or you can turn the tv sound to 0 and control your own volume while someone in the same room reads or sleep
Just turn it on and listen immediately, no pairing, plug one wire into the back of the TV and in seconds it’s up and running with the normal sound still coming from the TV and in his adjustable headphones
Truly works even at 100 foot away from transmitter, you can go downstairs to transfer wash, to the kitchen to get lunch and back to the TV and never miss a thing
The auto charging station is great and the headset is always fully charged, charge the phones by seating into base and in a few hours, you are ready to listen, maintains about 16 hours of charge
Be compatible with Tablet, iPads, Laptop, Cellphone, Radio, CD and MP3 players, TV sets and Computers. The package come with necessary Cables for easy access to all kinds of audio device